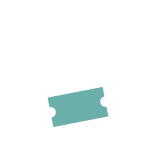 1. Fort Rosalie, founded on August 3, 1716, was created as a French colonial bulkhead that has led to the oldest permanent settlement on the lower Mississippi River – the City of Natchez, Mississippi. Natchez National Historical Park opened the Fort Rosalie archaeological site to the public for the first time on August 3, 2016 – the 300th anniversary of its completion by French oversight and Natchez Indian labor.

2. On State Street between Canal and Wall Streets, sits the William Johnson House. Johnson, a free black man who owned his own barbershop, wrote an extensive diary describing Natchez life in the pre-Civil War days. The house is also park of the Natchez National Historical Park.

3. Texada is considered to be the first brick building constructed in Natchez, believed to have been built in the Spanish District of the city between 1798 and 1805. The home served as Mississippi’s first state capitol from 1817-1820.

4. On the corner of Pearl and Washington Streets is the historic home, Magnolia Hall. It was built in the late 1850s and restored by the Natchez Garden Club.

6. Memorial Park, located along Rankin, Main, and Union Streets, was once the site of the city’s earlier cemetery. In 1822, most if the burials were re-interred at the current Natchez City Cemetery. The Diocese of Natchez was the first diocese in Mississippi, established in 1837. In 1842, Bishop J.M. Chance began construction of St. Mary Basilica, the only church built as a cathedral in the state.

8. At the intersection of St. Catherine and Martin Luther King, Jr. Streets sits Zion Chapel African Methodist Episcopal Church. The church has played a very important role in Natchez history as its pastor, Hiram R. Revels, helped organize two regiments of the US Colored Troops, was elected to the United States Senate, and served as the first president of Alcorn State University.

9. Stanton Hall, built in the 1850s and now owned and preserved by the Pilgrimage Garden Club, is considered by many to be the grandest of the Natchez estates. On the grounds of Stanton Hall is the famous Carriage House Restaurant, known for its fried chicken and tiny, Southern-style biscuits.

11. End your walking tour along the bluffs overlooking the Mississippi River on the Bridge of Sighs. Named after the famous “Bridge of Sighs” in Venice, Italy, the original bridge collapsed in the 1880s, with a new, modern bridge completed in 2015.